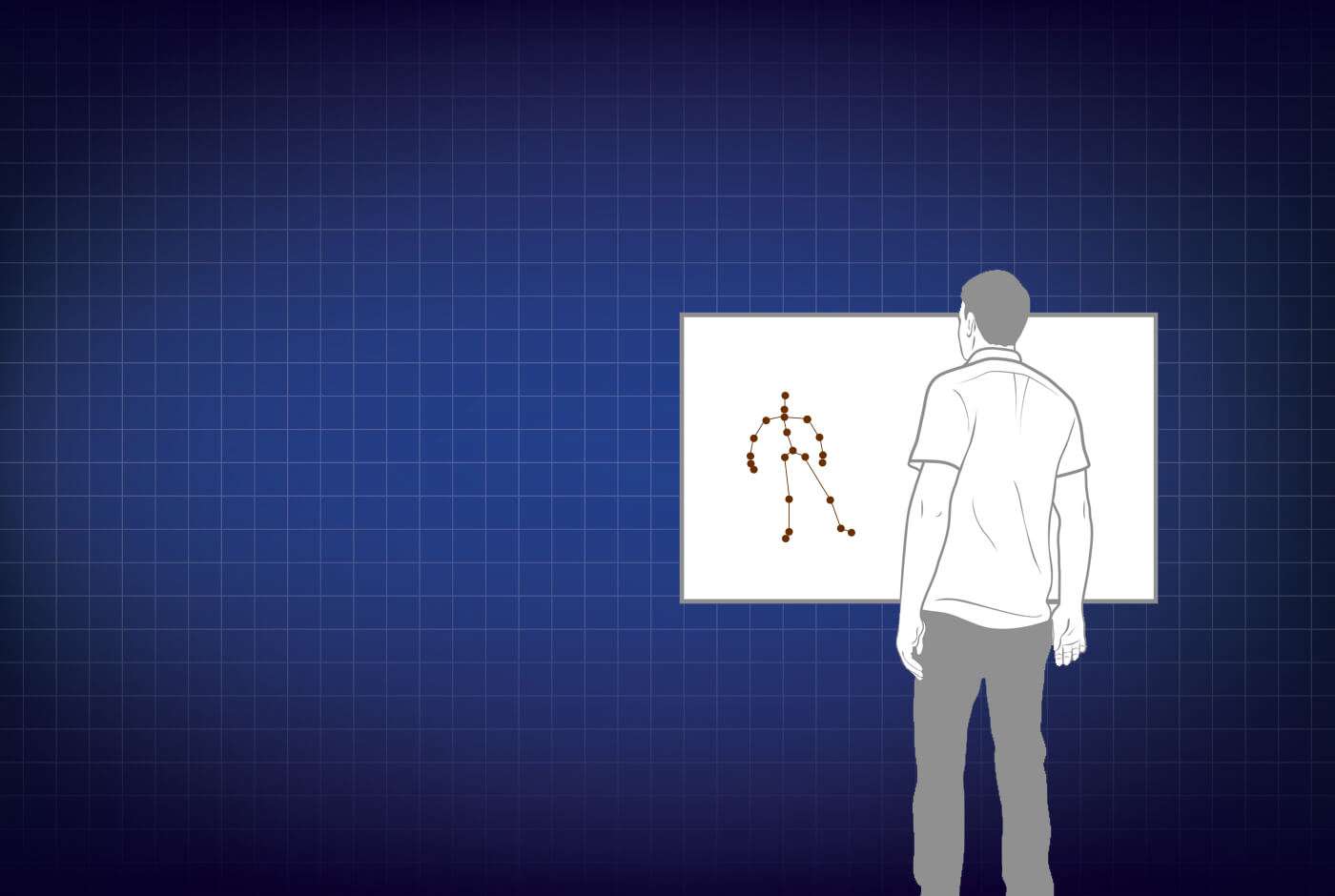 A few months ago, I had published a detailed guide about converting between Kinect’s 3D and 2D coordinates. Today, I’m going to show you how to accomplish Coordinate Mapping with minimum effort and only one line of C# code!

This concept is illustrated in the figure below:

However, when we develop a Kinect app, we use computer monitors. Somehow, we have to project the 3D points on the 2D screen space. There are 2 screen-spaces:

Obviously, points in the 2D space only have X and Y values, measured in pixels.

So, we have to convert meters to pixels! How’s that possible? I have thoroughly explained this process in my blog post Understanding Kinect Coordinate Mapping.

Coordinate Mapping is the native process of converting between the 3D and the 2D space.

Using Vitruvius, Coordinate Mapping is as simple as typing one line of C# code. Let’s have a look at an example:

This is how we find the position of the Head joint using the official Microsoft SDK. The point3D variable is a [X, Y, Z] combination. It indicates where the head of the person is located.

Projecting the 3D point to the 2D space is accomplished using Vitruvius’ ToPoint method. That method takes a Visualization enumeration as a parameter. To use the ToPoint method, you first need to import Vitruvius in your project:

Converting to the Infrared Space is identical to the Depth Space:

If you are using Unity, there is one additional extension method that converts a 2D point to a 2D Vector:

In case you are using multiple Kinect sensors, you can still work with Vitruvius! You simply have to specify which sensor the method should use:

This is it. You can now project any 3D point to any 2D space!

Actually, Vitruvius extension methods could be applied to any point, not just body points. For example, you can specify your own 3D point, like below:

Be cautious, though: not every 3D point corresponds to a 2D point! Why? Because there may be nothing in that position. In our example, if there is nothing in 3.2 meters from the sensor, a dummy point will be generated. To avoid any confusion, remember to check whether the 2D points have valid X and Y values, like below:

The ToPoint method is a powerful weapon that will save you a ton of time.

‘Till the next time, keep Kinecting!